Garrett + Moulton Productions is a San Francisco based performing arts organization that combines movement, music and visuals into compelling and thought-provoking works of dance theater co-directed by award-winning choreographers Janice Garrett and Charles Moulton. The company produces an annual home performance season and offers an array of performance, outreach and educational programs in San Francisco, throughout the US, and abroad.

The company was initially founded by Garrett in 2002 as "Janice Garrett & Dancers." Subsequently, in 2008, she joined forces with Moulton and together they formed "Garrett + Moulton Productions." Since beginning their collaborative relationship, they have presented 12 evening length productions that explore the joys, sorrows, dilemmas and complexities of human experience. They are noted for their large-scale pieces, featuring as many as 40 dancers and musicians, that demonstrate a collective voice and reimagine what it is to be a community.These large group performances distinguish the company’s work and enable Garrett + Moulton Productions to make a unique and vital contribution to the San Francisco arts ecosystem.

Their work has received both popular and critical acclaim. Honors include a 2010 Isadora Duncan Dance Award (“Izzie”) for “Outstanding Achievement in Company Performance” for The Illustrated Book of Invisible Stories, three 2011 Izzie nominations for The Experience of Flight in Dreams, three Izzie nominations for their 2019 show Four Acts of Light and Wonder, a 2018-19 Izzie award for “Outstanding Achievement in Ensemble Performance” for Stabat Mater and Mad Brass and recognition by the San Francisco Chronicle for StringWreck (2008) and The Luminous Edge (2014) as among the “Top 10 Dance Performances of the Year.”

Janice Garrett is an internationally active choreographer and dance educator. After receiving a degree in Mathematical Sciences from Stanford University and an MA in Dance from Mills College, she moved to New York where she was a member of Dan Wagoner & Dancers from 1984-89. In 1990, she began a freelance career, receiving commissions from companies and performance groups throughout the US and Europe. Garrett presented her first full evening of dance works in San Francisco in 2001 and subsequently in 2002 formed her company. Honored as one of Dance Magazine’s top “25 to Watch,” Garrett has created more than 30 original works for the company and has received numerous choreographic grants including support from the National Endowment for the Arts, New Music USA, James Irvine Foundation, Zellerbach Family Foundation, Fleishhacker Foundation, Hewlett Foundation, Kenneth Rainin Foundation, The Phyllis C. Wattis Foundation, San Francisco Arts Commission and San Francisco Grants for the Arts.

Guggenheim Award winner Charles Moulton began his career dancing with the Merce Cunningham Dance Company from 1973- 1976. He has created works for the Joffrey Ballet, Baryshnikov’s White Oak Project and many other dance companies in the US and abroad. He is the winner of a 1989 Dorothy Chandler Arts Achievement Award and has received support for his work from the NEA, NYSCA, and Meet the Composer/ Choreographer. Moulton has directed theater and opera and has created works for film and television including choreography for 1,000 dancers in The Matrix Reloaded. He is a founding co-director of Performance Space 122 in downtown Manhattan and is widely regarded for his signature work Precision Ball Passing. His largest and most recent version of this work, 72-Person Ball Passing, was presented in Toronto at the 2017 Fall for Dance North festival. Moulton is also an active visual artist.

Amy Foley is a performer, teaching-artist, and the Founding Artistic Director of BellwetherDance Project. In addition to her work with Garrett + Moulton Productions, she has enjoyed dancing with numerous companies and independent choreographers, including Robert Moses KIN, ODC/Dance, Margaret Jenkins Dance Company, Nol Simonse, KAMBARA+DANCERS, project b., and more. She teaches regularly at ODC Dance Commons and Ruth Asawa San Francisco School of the Arts (SOTA).

ArVejon Jones is a Black, Queer, Bay Area based dance artist. He has performed with multiple dance companies and has been blessed to have toured throughout the United States and various international destinations. Whilst performing, he is also a lecturer at San Francisco State University, his alma mater. ArVejon is passionate about Jazz, educating youth, and sharing his multifaceted background of dance. He is grateful and excited to be performing with Garrett + Moulton Productions this year.

Nol Simonse grew up in Washington, D.C., and trained at the Boston Conservatory of Music. He moved to San Francisco in 1997 and is a founding member of Kunst-Stoff, Janice Garrett & Dancers, Garrett + Moulton Productions, and Sean Dorsey Dance. He is also a longtime collaborator/performer of Sue Roginski, Eric Kupers, Christy Funsch, Stephen Pelton, and Kara Davis. Nol was awarded an Isadora Duncan Bay Area Dance Award in 2011 for individual performance and in 2009 Nol received a GOLDIE for dance (Guardian Outstanding Local Discovery) from Rita Felciano. Nol was the first person to win Luna Dance Institute's Choreofund prize, and Dance TeacherMagazine published an interview with him in the September, 2016 issue. Nol currently teaches modern dance at the Alonzo King's Lines Dance Center and Shawl-Anderson Dance Center. He has taught choreography, repertory, and performance workshops for adults and teens, and has made dances for the Lines summer program, students at USF, Shawl-Anderson Youth Ensemble, ODC's DanceJam, and Dance Mission Theater's Grrrl Brigade. Nol was one of the 25 nominated artists to create a dance for the 25th anniversary season of the WestWave Dance Festival and was a mentee of Margaret Jenkins in 2017 for her CHIME Program.

Juliann Witt was born in Marin and began dancing at the age of three. As a young dancer, she trained at the California Academy of Performing Arts and attended summer programs with American Ballet Theatre and Alonzo King LINES Ballet. After receiving her BFA in Dance Performance from SUNY Purchase, she performed briefly in New York City before returning to the Bay Area. Since her return she has had the pleasure of dancing with many great artists and companies including DTSF, Nol Simonse, Bellwether Dance Project, Dexandro “D” Montalvo, Fullstop Dance, Robert Moses’ Kin, Liv Schaffer, Concepto4, and RAWdance. 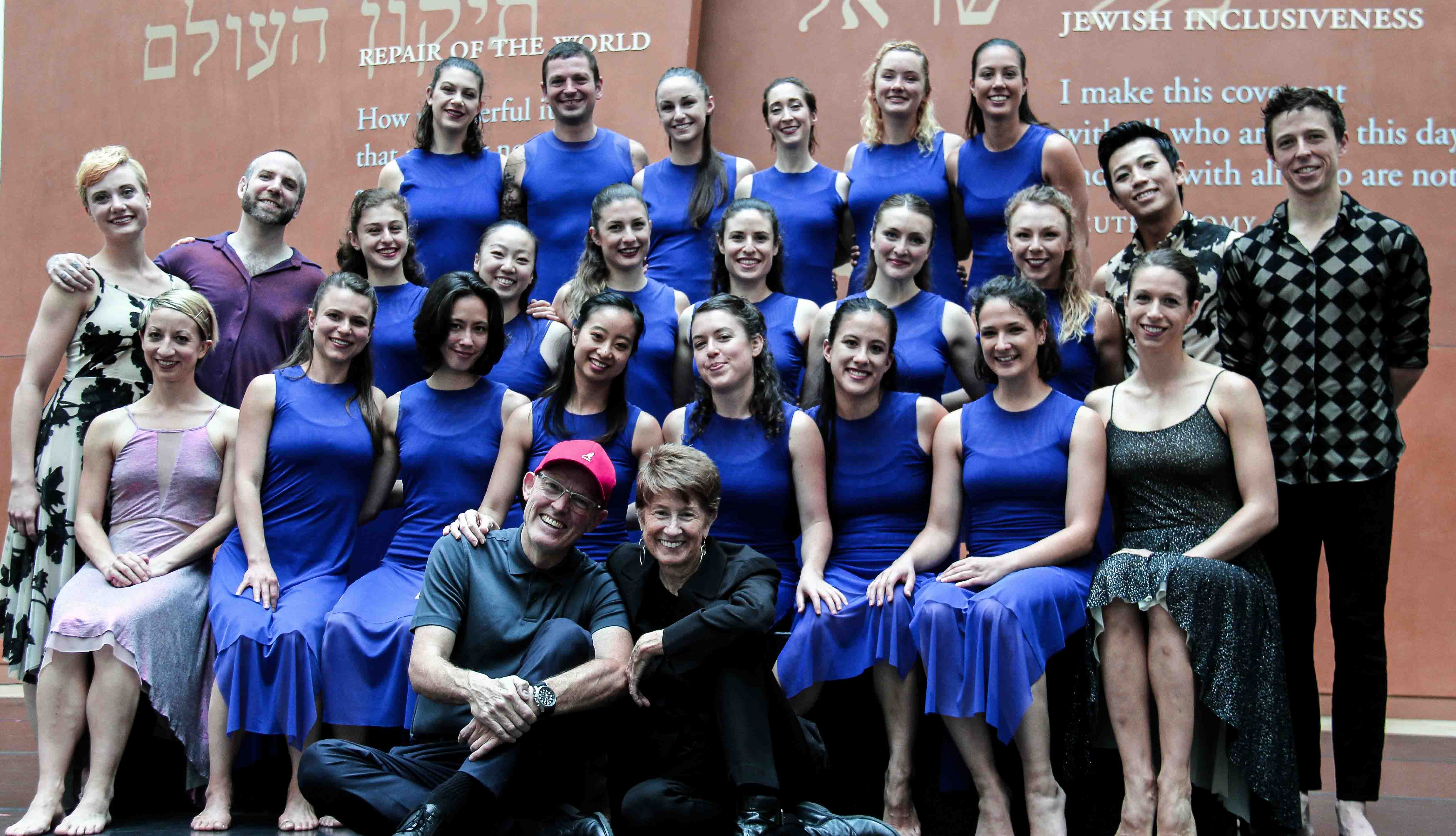